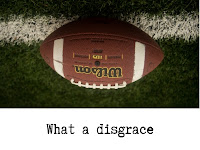 I am not one of those who likes to rip.  Playing sports at any level is not easy, but sports – especially major league sports – have established a ticket price scale and cable TV subscriptions that allegedly sell excellence and both the Giants and Jets are anything but.

I don’t want to read how hard the Giants played under first-year coach Pat Shurmur, that they could have given up but did not.  I don’t want to hear how hard they played against the Cowboys in the season finale and “if only they got some breaks.”

And as for the Jets, I don’t want to hear how Sam Darnold is the next best thing since Joe Namath, that the Jets will turn the corner with a new coach.  As another Giants coach once stated, you are what your record says you are, and over the last seven seasons, since the Giants won their last Super Bowl, both clubs are a disgrace.

To wit, since that Giants Super Bowl victory to cap the 2011 season, the club has gone 47-65 with two winning seasons and one playoff appearance, when they were ousted in the first game.  The Giants have had five losing seasons, including 8-24 the two last years.

The Jets are even worse, going 42-70 in the last seven years with one winning season.  They are 14-34 over the last three years.  During that time, the Jets have not made the playoffs.  Since the 1968 season, when the Jets won their only Super Bowl, the club has made the post season in just 14 of the last 50 years!   That’s not even mediocrity.  It’s worse than mediocre.

I could say, as a Giants fan, at least they have given me some thrills, with four Super Bowl championships in five Super Bowl appearances.  It is much better than the dark days of the 60s and 70s.  But I expect more.  I expect consistency.  That means more than just an occasional post season appearance.  It means contending on a regular basis and winning seasons more often than losing seasons.  That’s not too much to ask is it, for a team in the USA’s number one market?

Instead, expect the usual B.S. from the Giants administration over the next few months.  Expect co-owner John Mara to utter his usual baloney about how “he is as disappointed as the fans and doesn’t sleep nights, working 24/7 to bring the great Giants fans a winner.”  Blah, blah, blah!

Fact is, other clubs win and contend on a consistent basis and seem to be in the playoffs almost every season.  And that’s where the Giants and for that matter the Jets should be.  Winning a Super Bowl every year?  That’s never going to happen.  But contending almost every year is not an unreasonable expectation.

The reality is both the Giants and Jets are years away from attaining winning records on a consistent basis, despite the public relations garbage that will be spewed over the next few months.  Meanwhile, the NFL playoffs will start later this week, with both Giants and Jets fans once again watching from the sidelines.

Since the Giants won their last Super Bowl, the two New York teams are a combined 89-135 with one playoff contest.  Maybe it’s time New York football fans start boycotting the games.  They deserve better.  The product on the field is pathetic.  New York’s NFL teams are a disgrace.