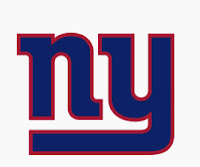 Remember when Channel 3, now WFSB-TV, carried the New York Giants?  Well I do.  I even wrote about the days, when Giants home games were blacked out and New York fans would drive to motels in Connecticut to watch the game on Ch. 3, with motel roof top antennas pointed toward Hartford.

No Giants home opener on Channel 3
Today the Giants will stage their home opener against Buffalo, while the New England Patriots are at Miami.  Because CBS has both games, channel 3 has opted to carry the Patriots game.  Both games kick off at 1 p.m. as the defending Super Bowl champion Patriots will be in the spotlight.

I am not critical of WFSB carrying the Patriots game.  The point is, times change and this is another glaring example.  Sixty years ago the Patriots were an idea, hoping to play as the Boston Patriots in Fenway Park.  In Connecticut and most of New England, for that matter, the Giants were the team.  No more.  Now many years, games and television contracts later, the landscape has changed.

The Giants still have a huge following in these parts, but arguably the Pats are the team.  And why not?  As glorious as the Giants’ history is, the Patriots history is better and accomplished in a shorter amount of time.  Yes, Giants’ fans can boast the Pats can’t beat the Giants in the Super Bowl, but there is no arguing the Patriots’ following is one big reason they’re on channel 3 today and not the Giants.

What about the future?
One can imagine what the next 60 years will bring.  Maybe Amazon and Apple will be carrying the games in five years and traditional TV will be left in the dust or playing a secondary role.  Even the head of CBS suggested that the big tech companies will bid on the next NFL TV contract.

So don’t go blaming channel 3 for not carrying today’s Giants game.  Changes are a part of life, and that even includes NFL games on TV.