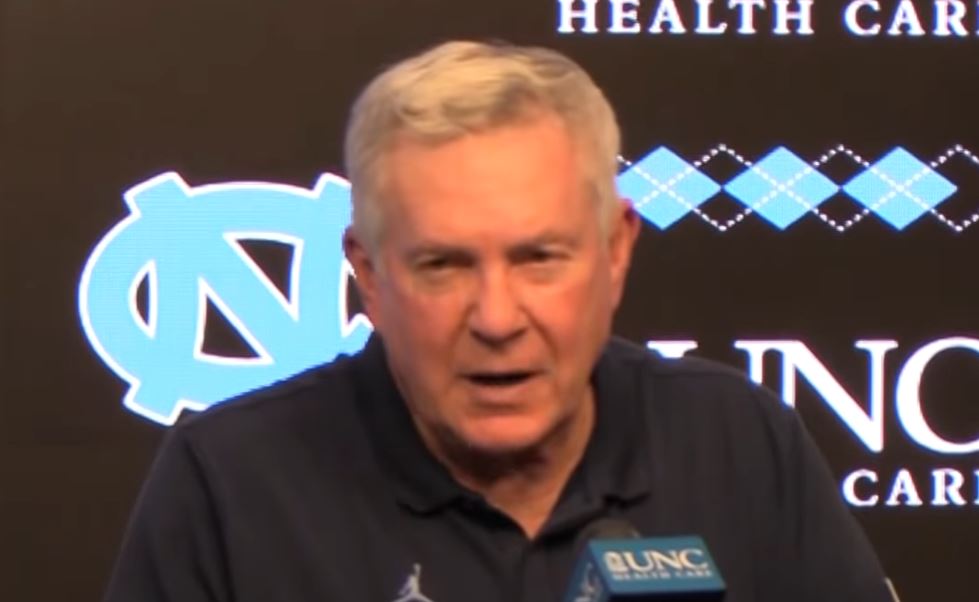 North Carolina football coach Mack Brown showed guts going for the win against number one ranked Clemson on Saturday. Let me add a disclaimer here. I have always been a big Mack Brown fan, especially admiring the job he did at Texas. In fact, I thought he unfairly got the boot there, after accepting the school president’s offer to coach one more season, only to be given his walking papers, when a new regime came in.

Anyway, back to the game. Brown, 68, after taking a hiatus, is back on the coaching sidelines where he belongs, returning to NC, where he once coached. Not only has he made an immediate, positive impact on the Tar Heels’ program, he had them in position to knock off the defending national champions.

After scoring a TD with a minute and change left in the game, the Tar Heels trailed, 21-20. Go for the tie and hope for overtime or gamble and go for the two and the win? Brown went for the two and came up short, Clemson dodging its first loss of the year.

Brown and Swinney have ties

That this thrilling ending happened between schools coached by Brown and Clemson coach Dabo Swinney adds to the intrigue. When Swinney had the “interim” tag removed as coach of Clemson, he reached out to several coaches for advice. Only one returned his call: Mack Brown. Not only that, Brown invited Swinney and his staff to Texas and showed them how he does things. Now that’s class.

Thought he should have gone for tie

Now let the record show, as much as I’m singing Brown’s praises, I thought he should have gone for the tie and bet on overtime. My wife is a witness, for those who think I was an armchair quarterback- although I do like my armchair. But even then, I told her “Mack Brown is showing a lot of guts by going for broke. I like that.”

After a string of Saturday college football blowouts, finally there was an exciting game. And Mack Brown and his Tar Heels were the reason. No talk about analytics, percentages, odds in that type of situation; just go-for-broke, gut-instinct, decision making with a game on the line. It’s just another reason why I have unabashed respect for Mack Brown, who made watching a Saturday college football game, entertaining, rather than another lopsided, tedious affair.